This webinar is in partnership with:

When it comes to closing the gender gap, many tools can make a difference. The organization can offer women at all levels of its hierarchy training and mentoring to achieve career advancement, thus creating a female pipeline of talents.

However, to achieve long term results and retain talents, the corporate culture has to be nurtured too. This is where having a tool to assess that the organization’s practices, programs and actions are geared to facilitating the progress towards equitable representation of women at all levels, until parity is achieved and sustained, is key.

Why are diversity and inclusion important, what are the benefits to the organization and how to reach parity will be covered during this presentation.

The webinar targets Directors and Executive members of large organizations as well as decision makers at the SME level. While Inclusion & Diversity requires buy-in across the whole organization, endorsement of such practices must start at the decision-making segment of the organization.

Caroline Codsi is the Founder & Chief Equality Officer of Women in Governance, a non-profit created in 2010 with mission to help women access decision-making bodies and male dominated fields through advocacy, major events, mentoring programs, governance training and a Parity Certification. A Citizen of the world having lived on three continents, Caroline was born in Beirut and grew up through the civil war. A highly sought-after speaker, Caroline has addressed audiences across the globe, including two TEDx. She was nominated by Prime Minister Justin Trudeau on Canada’s National Gender Equality Committee. Caroline is recognized as a Top 20 Diversity Leading Figure in Quebec, Top 75 Canadian Immigrant, Top 100 Most Powerful Women in Canada and Top 100 Entrepreneurs changing the world. 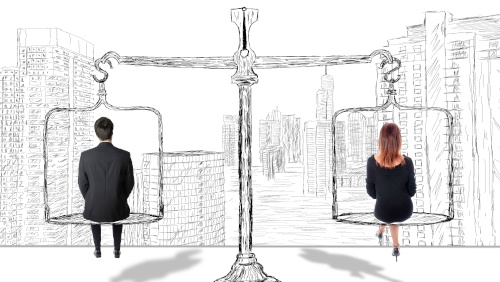