All personality assessments (particularly for behavioural preferences and communication styles) owe much to Carl Jung’s description of personality archetypes, and these relate directly to the four “humours” or “temperaments” described by Hippocrates some 400 years B.C.E. Even older is the evidence for testing individuals for job suitability. This has been dated to the time of China’s “Imperial Examination”, which was designed to select able candidates for specific government positions. Established by Sui Dynasty in 605 B.C.E., it was in use until 1905 – some 1,300 years later.

Among today’s wide variety of assessment instruments, some look to create a profile of a subject’s particular traits, while others focus on measuring a specific skill or aptitude. The former type are referred to as “ipsative”; three of this type we use in our work are:

Who should you hire?

Other assessments are designed to enable an organization to compare candidates for a position, and to coach and develop them to successful performance once on the job.

Based on a different model and set of assumptions, such instruments are referred to “normative”. We implement a suite of assessments from Profiles International® that consistently provide this sort of reliable, valid, and objective information. For instance, some of the key points reported on include

The most important factor when considering these and other assessments is to determine which one is best for the situation and the individual(s) involved.

[Your subscription includes access to this course for 3 months]

Carol J. Sutton, Cert. ConRes. is a conflict resolution practitioner and mediator, and organizational communication specialist. She holds two certificates in conflict resolution and has completed coaching for conflict resolution course at the Justice Institute of British Columbia. Carol has created and conducts proprietary programs in which people learn and practise the skills that enhance cooperation and mutual understanding. In this process, she uses various psychometric instruments to help clients gain insight into their personalities and behaviours, and those of their colleagues; e.g. the Strength Deployment Inventory©, Thomas Kilmann Conflict Mode Instrument© and the TTI© Behaviours and Motivational Values Preference Indicator (DISC). In addition, she is certified to deliver a suite of assessments from Profiles International® that are designed to enable an organization to compare candidates for a position, and to coach and develop them to successful performance once on the job. Carol’s first career was in marketing and corporate communication, and senior communications counsel, which formed the basis of CJS Communications Inc. that she founded in 1985. She holds a Bachelor's degree in public relations, cum laude from Boston University; accreditation (APR) from the Canadian Public Relations Society, and was admitted to the CPRS College of Fellows in 2004. She currently serves as Vice President (Logistics) of the International Society for Performance Improvement – Vancouver Chapter. 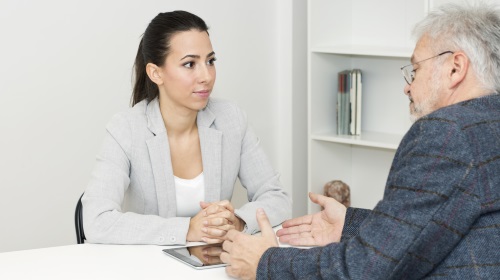